It's Here! It's Here! The Cover Reveal for IF WISHES WERE SHADOWS!

Eeeeee! Okay, not freaking out. So uncool. But here it is -- I think it came out pretty great, but that's not unusual coming from the talented Sable Grey. Thanks Sable! *drum roll* 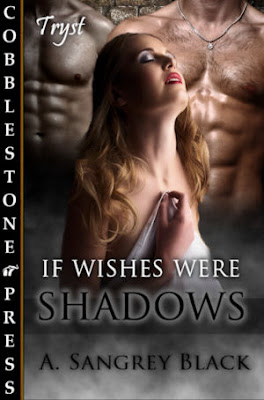 W00t! Yeah, baby. I don't know who to stare at first! I'm usually wary of faces on covers -- I don't like to make the decision for a reader what a character looks like. But his model is pretty much spot on to how I pictured Calinda, our adventure's Heroine!

Next I have to send these off to Holly over at FMB Blog Tours, who is arranging my tour from December 27, 2012 - January 25, 2013. I'll be sharing more details on that as they arise. I was also remiss in announcing the winner of the very sexy lace masquerade mask for the MIDNIGHT MASQUERADE Blog Hop! 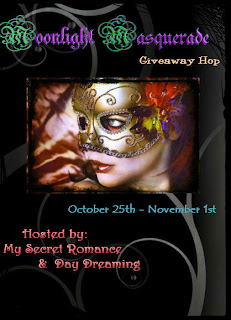 The lucky winner is: MISHKA K.! Congratulations, Mishka! I hope your mask goes to good (and by "good" I mean "naughty" *G*) use!

I have many irons in the fire right now, and not a one is for branding. I finished the first draft of my M/M Vampire short, "Hot Hollyweird Night," and that's in edits for a second draft while I decide where I want to submit it since I decided not to rush it for October 31. I'm trying to consider where the best home for it will be considering the dark subject matter.

The project I'm working on right now is another M/M paranormal romance called "Die for You," (hopefully) for MLR Press' "Hot Blooded" vampire anthology. Aiming to have the first draft done by mid-week, and the final in plenty of time to submit before the deadline.

After that, I've started work on a novella also for MLR Press, but this for their "Mix Tape" Anthology, a series of stories based on love songs. Being the classic rock girl that I am, I snatched up "Ready for Love" by Bad Company ASAP, and like one of those flashes of inspiration that just hits you now and then, what I think is a really great love story with fully formed characters just sort of sprang out of my head. It was going to just be a quickie, but like so many of my stories, it grew a plot. This one I'm really excited about! It's not due until March, but I suspect it will be submitted before then.

Well, I think that's it before now. My alter ego H.A. has NaNo words to crank out before loafing in front of Netflix for her daily dose of Dean Winchester. Au revoir, my naughty babies! 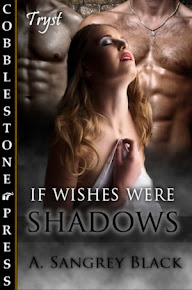